Desires, by Galia Ryan: Book 3 of the Luxuria Trilogy

Anna is one of Elite Escort Agency’s most popular call girls. She is quite comfortable living in the lap of luxury and pleasing a variety of wealthy men on her own terms; however, she longs to return to respectability. Only now she is accustomed to the best of everything. So Anna embarks on a quest to discover what else she is good for, other than dazzling every man who crosses her path.

Anna’s calm is shattered when a former client resurfaces. A few years earlier Adam introduced Anna to bondage and submission. But although he held her in his thrall, Adam overestimated his power. When he demanded total surrender, she cut herself off from him forever. Now Adam is asking to see her again. Initially she refuses, but what can she do? She can’t stop thinking about him.

The owner of Elite, Stephanie, is also haunted by memories of a former lover—Giancarlo, now married and dedicated to charitable work. When, after ten years, they come together once more, neither can resist the pull of their unresolved past, despite the possible consequences to Giancarlo’s career.

“Desires by Galia Ryan is a combination of Secret Diary of a Call Girl and Sex and the City…. It’s sexy and paints a fascinating portrait of the life led by high end escorts. This riveting tale tore me in two as I applauded Anna for being a modern, independent women making pro-active choices, but then cheered when she fell prey to Adam as well. It’s a modern dichotomy to which many women can relate …. You will desperately want this luxurious, fictional universe to be real. The high living lifestyle will sweep you away in a wave of champagne. The action is hot as the main storyline is interspersed with the details of Anna’s ‘dates.’ ”  Read more….

“I loved this series revolving around two strong leading females. You will definitely want to read the first two books prior for back history. Once again, this one is full of emotional turmoil between right and wrong, need and desire. If you are looking for something different and a little off the beaten path, I would recommend this series. Overall I give it 4 Stars!”  Read more ….

“Desires is Book 3 in the Luxuria Trilogy and it doesn’t lose the momentum that Choices (Book 1) and Secrets (Book 2) set! I was so lucky to have all 3 books at my disposal; otherwise it would’ve been driving me crazy with anticipation as to what would happen next!!…. This is a trilogy that will keep you reading from start to finish. I couldn’t put the books down until I found out what I needed to know …. I give the Luxuria Trilogy as a whole…5 Stars!”  Read more ….

Says Ryan, “Anna has made her decision, and this book follows her journey, and to some extent that of Stephanie. Of course, life is never predicable, and just when both women think things are running reasonably smoothly, up pops the unexpected! One of the most enjoyable aspects to this series was to allow a voice to some of the men who shared Anna’s stage by paying for her services as an escort.”

Convent educated from the age of four, Galia Ryan was brought up not to question. Perhaps because of this, she has always been fascinated by all things esoteric and ‘outside the square.’ Originally from Sussex, England and now living in New Zealand with her soul-mate husband and grown-up family, Galia tries to find time between her passions for writing and reading for her other love—travel. There is always a growing list of must-see places. You can find Galia on the Web at galiaryan.fannypress.com.

** Or order it in Kindle, Nook, or other eBook formats on Smashwords ** 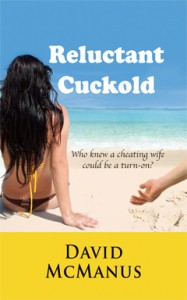 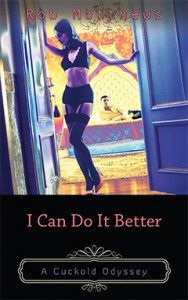